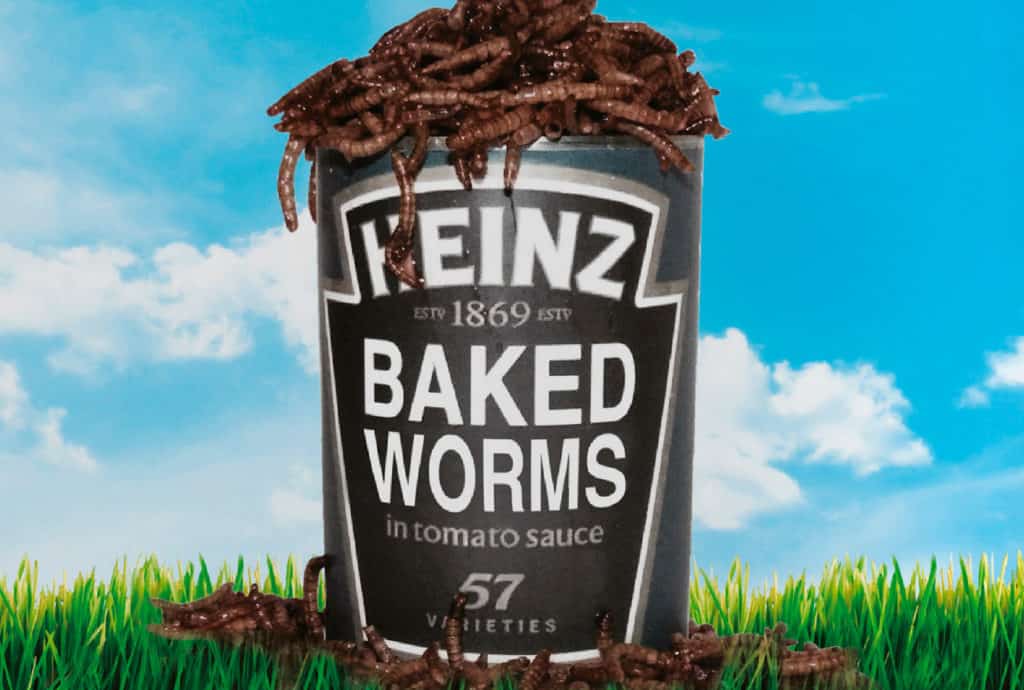 I begun this project by looking into a couple news articles in which they claimed that in the future everyone would be eating bugs and insects due to over population and rising meat prices. I found this acticle interesting so I did some of my own research into it. It turns out that gram for gram insects have more protein then any other meat. As well as this they can be processed into the form of a burger without many taste changes.

After being amazed and shocked, I decided that I would come up with a picture graphic to grab people’s attention. At the same time though I wanted to illustrate that this is going to be an every day food product so it had to look kind of casual.

After exploring some ideas I settled on the idea of a tin of Heniz worms. To create this I made an actual mock up of a tin of worms and added some slimy sauce to make them look more realistic. I then created a background that I believe illustrates the freshness of the product. After all this I decided to go with a simple font as really I wanted the picture to do the talking.